Many boaters choose to go on the “outside”. The “outside” means traveling along the coast on the Atlantic Ocean. For us, there is nothing better than doing “the Ditch”, otherwise known as the Intracoastal Waterway, or the ICW. After a year of passages where we saw nothing but water between islands, we love the sights and scenery the ICW offers. There is always something to look at, people wave hello all along the way, and the water is calm and easy to travel. There are, however, especially in south Florida, a lot of bridges! We are too tall to pass underneath almost all of them, so we need to time our arrivals carefully. Now, for me, who gets to sit on the bow and enjoy the ride, this is no issue at all, but John must control our speed to hurry up to make an opening or slow down so we don’t arrive too early. Still, the ICW is a joy and I can never understand why anyone would not want to cruise it.

Just a couple of the amazing homes along the waterway in Ft. Lauderdale

So much boat traffic!

If you look really closely you will see a real iguana on the head of this alligator statue. 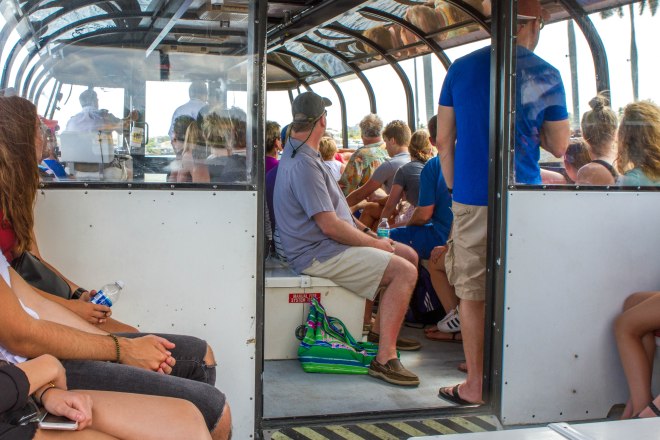 On the water taxi.

The home of Wendy, from the restaurant, Wendy’s

The beach, which was just one block from the marina, is so different from those we have been visiting lately. 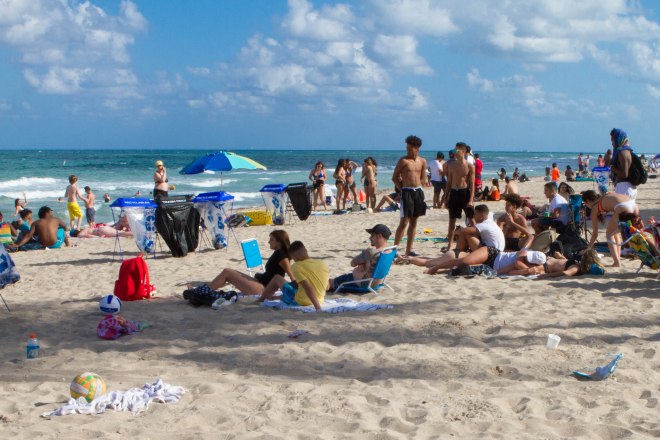 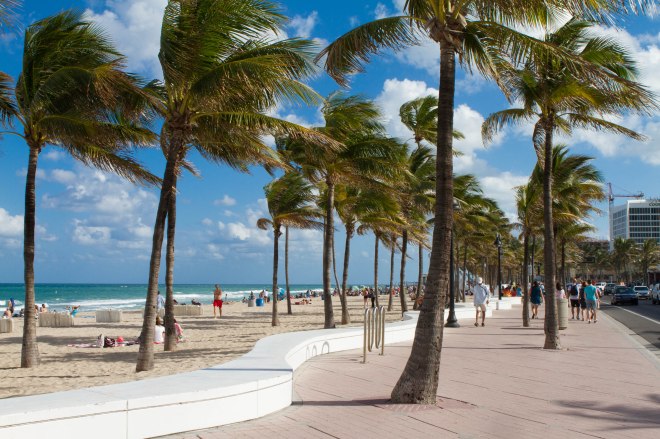 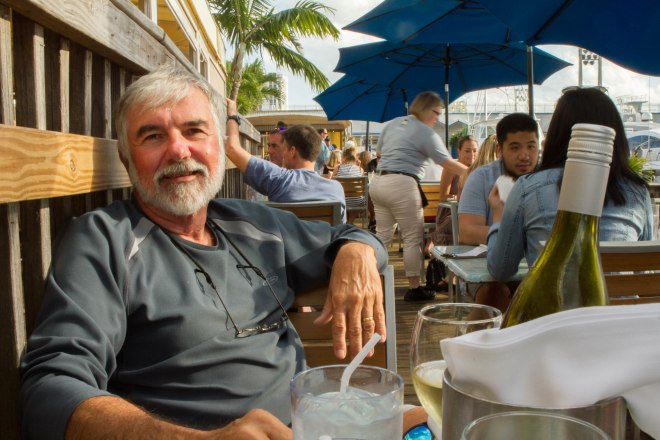 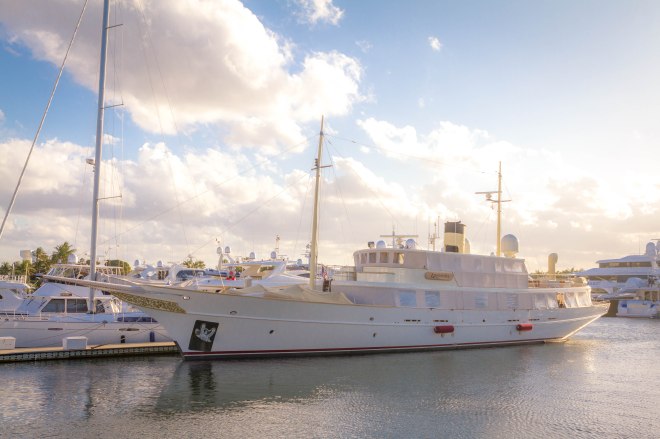 This boat was docked right across from us in the marina.  It used to belong to Johnny Depp but is currently owned by JK Rowlings.

We decided to spend a couple of days in Ft. Lauderdale. We again needed some relaxation time, we needed to check back in with Customs and Immigration, we needed to re-provision, and we wanted to take a little time to see the sights. Although we called in to Immigration when we first arrived, we were told that we needed to report to the office within 24 hours. To get there we took our first Uber ride, which worked out OK. Not great, but OK. Our first driver arrived earlier than expected and left before we got to the pick up point so we were charged a cancellation fee, and our return driver took the longest way home possible, thereby doubling our fee. Both were straightened out soon afterwards, however. The following day we used another convenience new to us since we left the states: grocery delivery by Publix supermarket. What a difference that was from shopping in tiny Caribbean markets and shops. The same day as grocery shopping we decided to do a little sight seeing. The water taxis that move around the city are really mini tours and a great way to hear about all of the rich and famous people who live or lived on the waterway. We boarded one of these yellow water taxis and enjoyed the ride.

This statue is in honor of the owner’s father, a race car driver who died in a crash 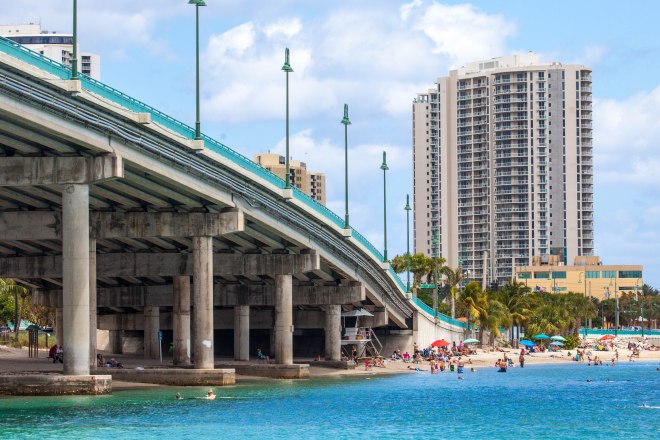 Wednesday, April 12th, we traveled up the ICW, enjoying looking around at the amazing homes and boats that line the waterway. It is so difficult to believe that so many people have so much wealth! Thursday we arrived in Lake Worth and spent two nights at anchor before moving today into Old Port Cove Marina. Tomorrow I will leave for Annapolis to greet our new grandson while John will stay here until I get back. No fear, though, John will get to meet the new little guy in a couple of weeks when we drive up to Maryland again.

For now, here is where we are today.