Our stay in Cambridge has been a time of contrasts. Each weekday, for almost two weeks now, we have been up early, as the crew at Mid-Shore Electronics begins their day at 8:00 AM. AfterMath has been pulled apart, had wires run everywhere you can imagine, and had up to three gentlemen at a time climbing in holes, under beds, and over a once again dropped mast. John worked along with the crew, so he stayed busy every day. Kirby had tons of fun greeting the workers when they came aboard, and Jake maintained his relaxed posture of a furry rug that everyone needed to step over countless times. Meanwhile, I have had time to relax and read, to walk around with a camera in my hand, and to sew a seat cover for the dinghy and new covers for the fenders. I’ve loved learning about the history of Cambridge and of its boats, and I have really enjoyed watching the watermen on their commercial crab and oyster boats passing us by both mornings and afternoons.

The doors of the courthouse where once a free black man was convicted and put in jail for owning a copy of the book, Uncle Tom’s Cabin.

Along the Historic District are large and small homes.

This is a replica of a lighthouse that was once about two miles out in the Chesapeake Bay.

From the balcony of the lighthouse.

The town marina at Long Wharf. 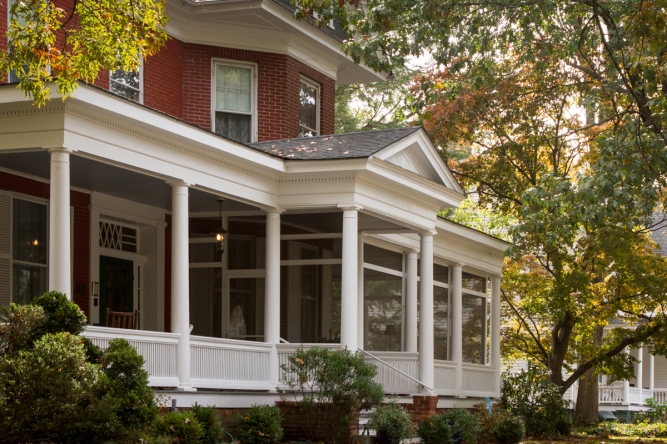 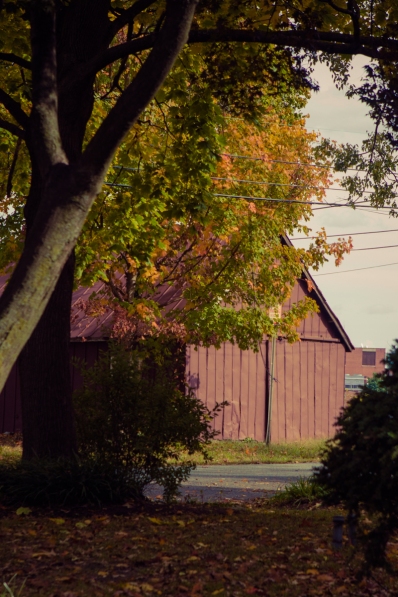 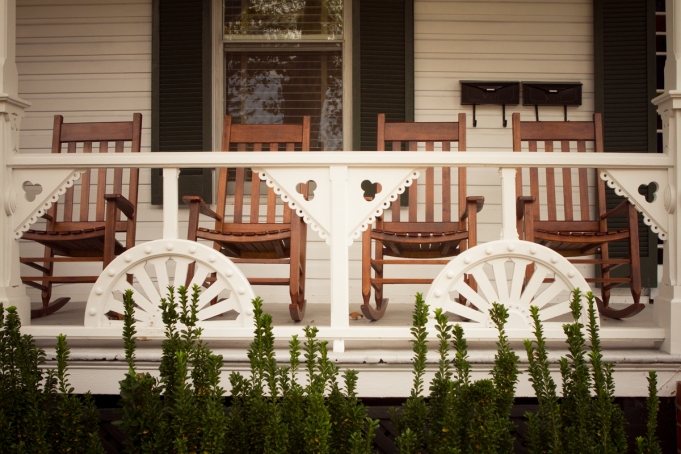 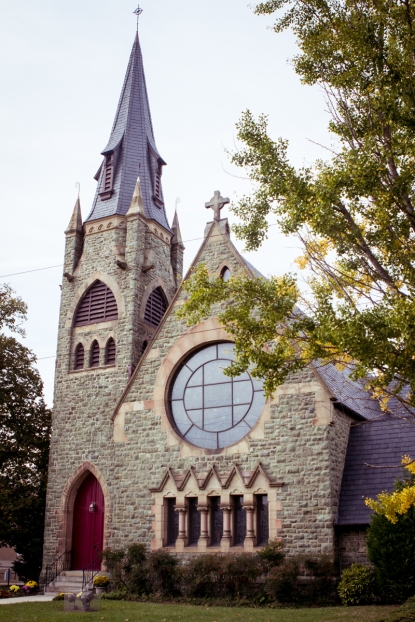 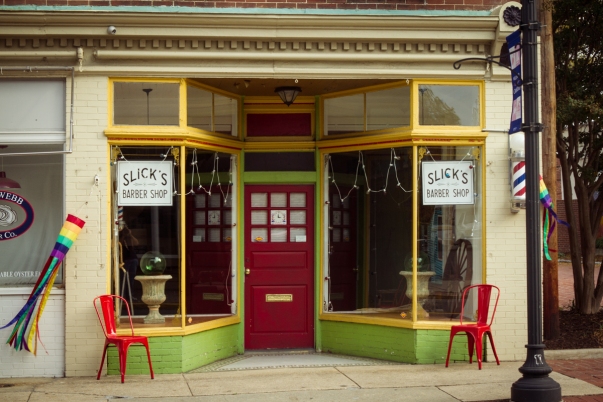 From the water.  We took AfterMath out for a ride one day.

The bridge right next to us.  These are the nicest bridgetenders around.  They open the bridge quickly and immediately whenever a boat calls them.

Cambridge is a small city on the Choptank River with a population of about 12,000. It was settled in 1684 and is one of the oldest cities in Maryland. In the past, it was a home to large plantations, and its pier was a trading center for slaves. With the help of Harriet Tubman, Cambridge became an important stop for the Underground Railroad. The city developed food-processing industries in the late 1800’s and became home to Phillips Packing Company, which employed 10,000 workers. Eventually, that business declined and unemployment began to cause many social problems. With the desegregation movement, large race riots took place in Cambridge in the 1960’s, partly contributed to by the social unrest that was already present in the city. The state of decline continued until 2002 when the Hyatt Regency boosted tourism with a new resort. Now Cambridge has a revitalizing downtown, a lovely wharf with a lighthouse replica that is opened for self-guided tours, and a beautiful historic district. I thoroughly enjoyed my walks around these districts and to a local market in downtown. In fact, after doing some shopping, rain started to fall and the owner offered me a ride back to the boat, which I gratefully accepted. 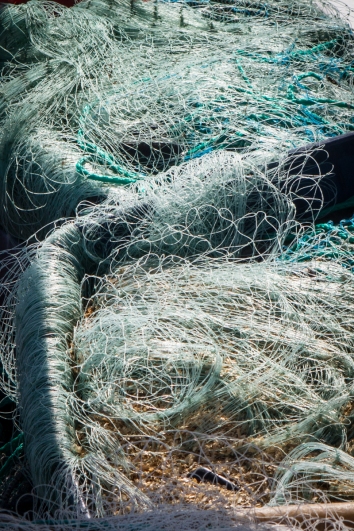 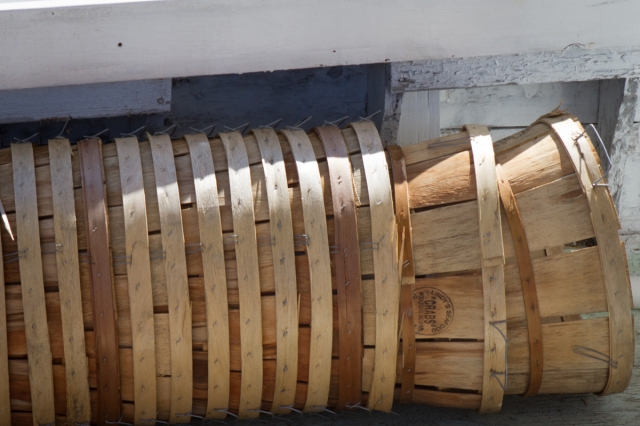 To be filled with crabs.  Although, really, crab season is ending soon!

The workboats here have really caught my attention. Maryland is famous for its crabs and oysters, and every day the boats on Cambridge Creek, where we are docked, leave to get their catch. I have loved watching them return in the afternoon, but I really hadn’t been able to see what they were bringing back. One day I hurried down the creek as two returned, quickly putting some cash in my pocket hoping to buy some fresh-from-the-sea goods. When I got to the boats, though, I saw bags of a clam I have never seen in a grocery store. It turns out that the clams these men had are sold to crab fishermen as bait. According to one oysterman I spoke to, the commercial buyers meet the crab and oyster boats out at the wharf. They must sell to the commercial buyers first according to state laws, so I never ended up being able to buy from the boats.

The dinghy on the skipjack 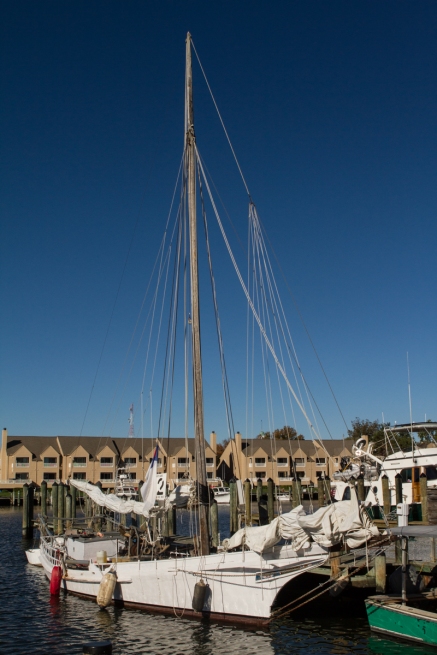 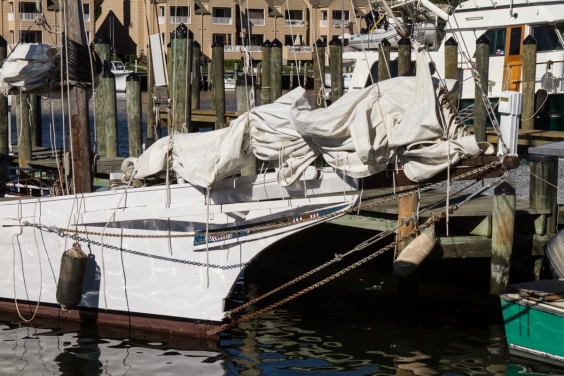 An interesting boat in this area is the skipjack. Of the hundreds that were present in the late 1800’s only 35 of the originals are left. Skipjacks do not have an engine to propel the boat, but they do carry a dinghy that can push or pull them to the oyster beds. There are strict laws on oyster fishing in Maryland: a boat with a motor can only take 24 bushels of oysters per day, but a skipjack can take 150 bushels each day. There is a catch, though. With the skipjack being pushed by the dinghy, fishing can only take place on Mondays and Tuesdays. All other times, the boat must only be under sail to dredge for oysters, although the dinghy is allowed to move the larger boat to its fishing destination. There are two skipjacks next to us at our dock. One, the Virginia W, was built in 1904 and is designated a Maryland Historical site. The other, Fortune, is a replica that is so accurate it has been granted a dredge license. The men on these boats seem to work non-stop. We have only seen one of the boats leave the dock so far, and, in talking to them, they said they got 50 bushels that one day.

As for the electronics, we now have a new autopilot, chart plotters (one on the fly bridge and one in the pilot house), a new VHF radio, a new radar system, an anemometer, a camera in the engine room and one to view the stern, a Rogue wave antenna to help boost Wi-Fi power, an LED light on the mast, and a digital TV antenna. The chart plotters are really interesting in that you can control them from your phone or iPad. We are happy to have all of these new tools and we are thrilled that they will help to free John up to use the fly bridge, which previously did not have autopilot, and also allow him to head outside on the bow with a remote in his hand. The other big addition is a helm chair. It’s in the process of being installed today, so pictures of it will have to wait until the next post.

Don’t you just love little boys in their pajamas?

We were happy to be visited, on Sunday, by Jeff, Sarah, Walt, Rush and Sarah’s mother, Susie. Cambridge is about 40 miles away from Annapolis, so they decided to come down and see us and give Susie a tour of the boat. I snapped a quick shot of Walt and Rush having a wonderful time playing with light switches that were just at their level, but somehow I missed Susie. We were thrilled to have her here though!

Tomorrow we will leave Cambridge and continue our trek south. We are not yet sure where we will be and when, but Jason and Lisa are going to come to AfterMath for Thanksgiving this year. Jason hasn’t seen the boat yet and we are as anxious for him to see her as he is to be aboard. I’m also hoping he will change my luck with my fishing pole! He’s very knowledgeable about fishing, so I will finally get some good instruction and maybe actually catch a fish!