Our anchorage was enveloped in a heavy fog when we awoke on Tuesday, September 1. It was predicted to lift by 10:00, which we were happy to hear, because the day was to be another fun day of meeting up with our long time good friends, Ned and Anne. We hadn’t seen them since we left Florida back in March, but before that we spent a lot of time together when they were in St. Petersburg. They live part of the time there and the other part of the year in Connecticut and they were the first to set up a date to visit us on AfterMath when she was first purchased. We didn’t want to miss our time with them!

Anne is always ready to toast a good time. 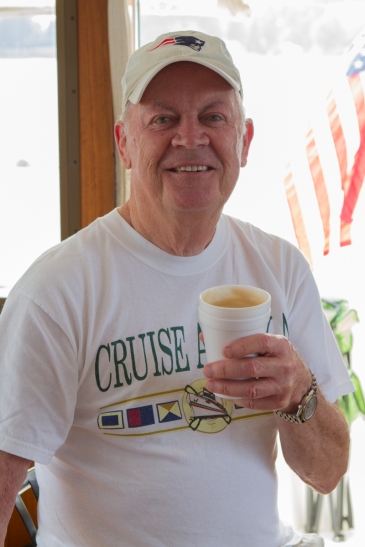 And Ned is ready to cruise. 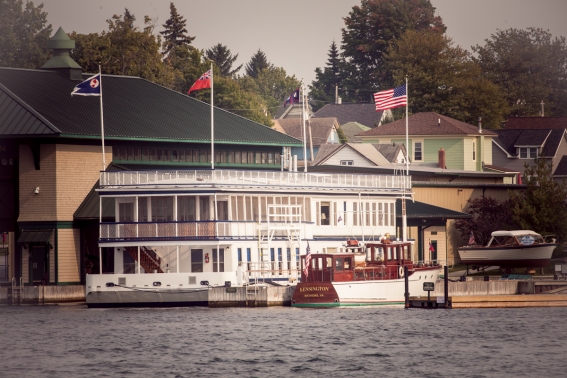 The houseboat once owned by Mr. Boldt – the man who built Boldt Castle.  Clayton has an antique boat museum. 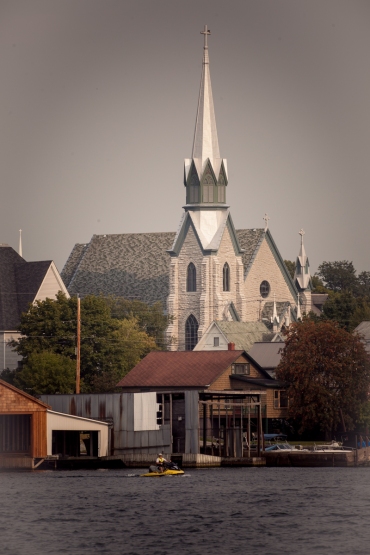 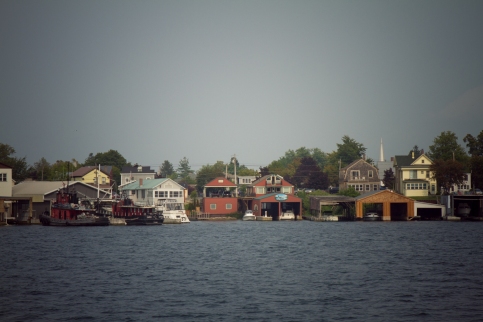 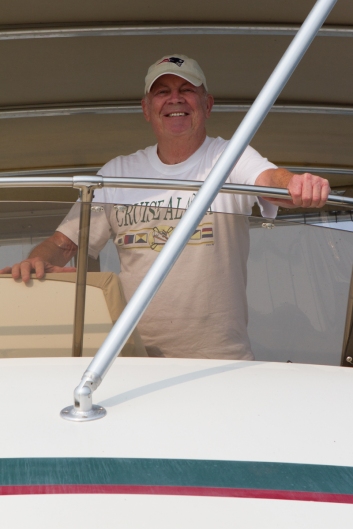 Because we had cleaning and tasks to do, we worked until the fog lifted and then set out to Clayton, NY. It was a short ride from the anchorage and we arrived around noon. I needed to do some serious provisioning and John had read that a grocery store in town would pick up customers and then return them to their boat. I called the store’s office and, sure enough, minutes later, they came to pick me up. I bought enough to fill the freezer and stock the cabinets and was returned back just about when Ned and Anne arrived. As soon as I put all the groceries away we met up and had a wonderful reunion. They treated us to dinner at a very nice restaurant and then we all gathered in the lounge at the hotel/marina where we were all staying. The next day we got together for breakfast, John and Ned went to do an errand, and then we all went out for a ride on AfterMath before sharing a great dinner aboard. We were able to have one more breakfast with them, enjoying some delicious bagels they brought along with some banana bread Chris sent, while I did some laundry on Thursday, before they headed back to Connecticut. We traditionally spend New Years Eve with Ned and Anne and we all vowed to do so again this year.

A park in Cape Vincent

What an interesting name for a pizza restaurant.  It actually only sold ice cream!

The center of town in Cape Vincent. 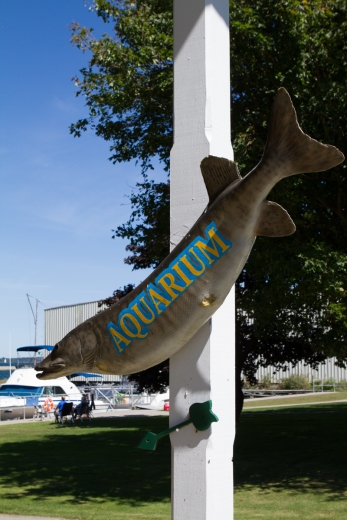 Inside the pottery shop. 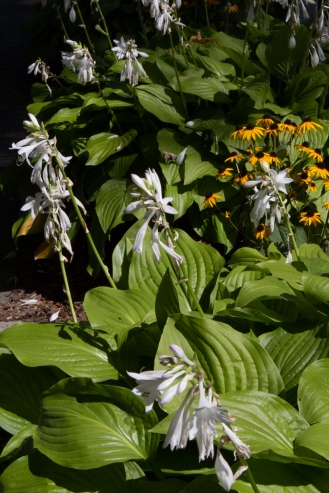 Old lace curtains in these windows.

The most interesting shop in town.  You really worried about turning around at this shop for fear something would fall down! 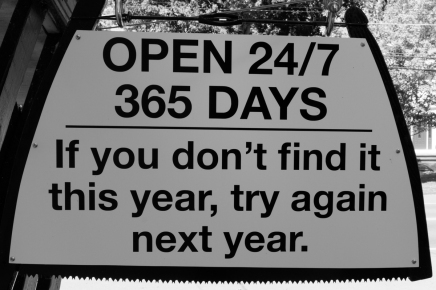 Our next stop after leaving Clayton was a little town called Cape Vincent. The town and the Department of Environmental Conservation (DEC) provide free docks and we found a beautiful one at the DEC right in front of their fishery building. I really loved Cape Vincent. It was a quaint town with a little center just a couple of minutes from our dock. There were shops, a post office, a tiny aquarium, a market with anything you could need, and restaurants right near us. We decided to take advantage of the local American Legion fish fry on Friday night where we could mix with the locals. In Cape Vincent, we also met a very nice group of Canadians who invited us to join them. We ended up staying there three nights and had a great time exploring the town, relaxing with our new friends, and watching the tankers pass on the St. Lawrence Seaway. We probably would have stayed longer but the weather a few days out didn’t look favorable for crossing Lake Ontario.

Yesterday we left our dock and headed to Henderson Harbor. It was a bumpy ride for the most part and the dogs were a little nervous, but we all did just fine. Henderson Harbor is a big port for sailboats on Lake Ontario, but we found a nice spot to anchor right outside of a mooring field.

Today we left our anchorage early and motored over to Oswego, NY where we again re-entered the Oswego Canal. We have vowed to take our trip down the New York canals at a slower pace than we did when we were traveling north. I will spend some time making canvas covers for the dinghy, the spot light, and whatever else John has planned, and he will get some more routine maintenance done and we will spend time exploring the towns along the way. We will also try to post to the blog more often than we were able in Canada!

Here is where we are now. 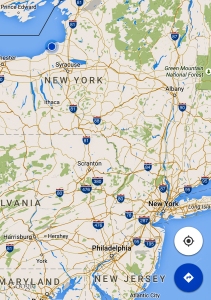 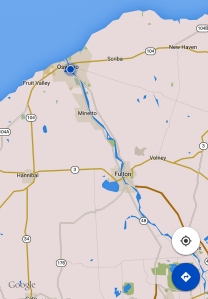